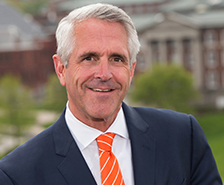 In 2007 Attorney General Andrew Cuomo appointed French a Commissioner of the New York State Commission on Public Integrity, a position he held for two years. French served as a member of the Board of Trustees of the Federal Court Bar Association of the Northern District of New York from 2005 to 2013.